Fitting a lap pool, bocce court and patio space into a landscape design for a steep slope property on the Delaware River.

This compact, 3 story home sits on the side of a steep mountain bordering the Delaware River. The house was originally used as a wood working studio, and our clients slowly converted it into the ideal getaway house over the course of 3 years. The property was named “Darsena” (which means boathouse in Italian), and stemmed from an old story mentioning that at one time a small boat house was located at the bottom of the driveway near the river. We liked that the property had a “story”, so we had the term carved into one of the stone retaining walls we built for the project.

When we first met our clients, their permanent residence was in Manhattan. Up to that point they had been using this home as their weekend retreat.

Aside from the gravel parking area at the end of the driveway, the only relatively flat area on the property was a small section of lawn (perhaps 50×50’) directly behind the house. The remaining 8 acres was steeply sloped and heavily wooded.

Initially, our clients wished to incorporate a lap pool, bocce court and a small patio that would accommodate an outdoor shower somewhere near the pool. 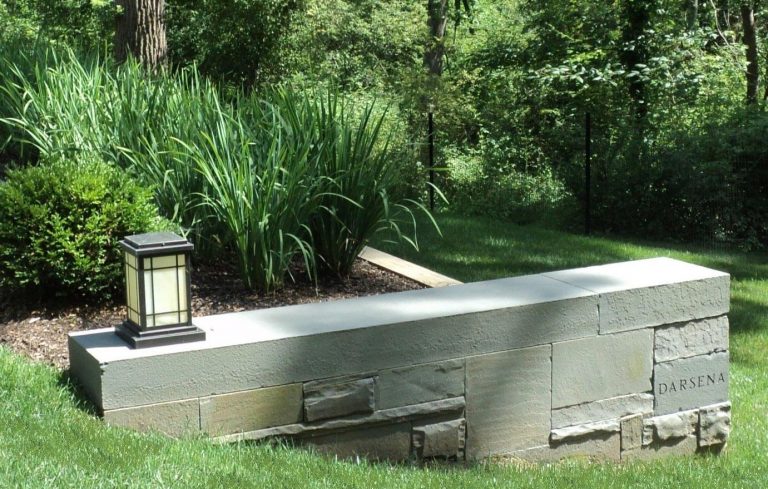 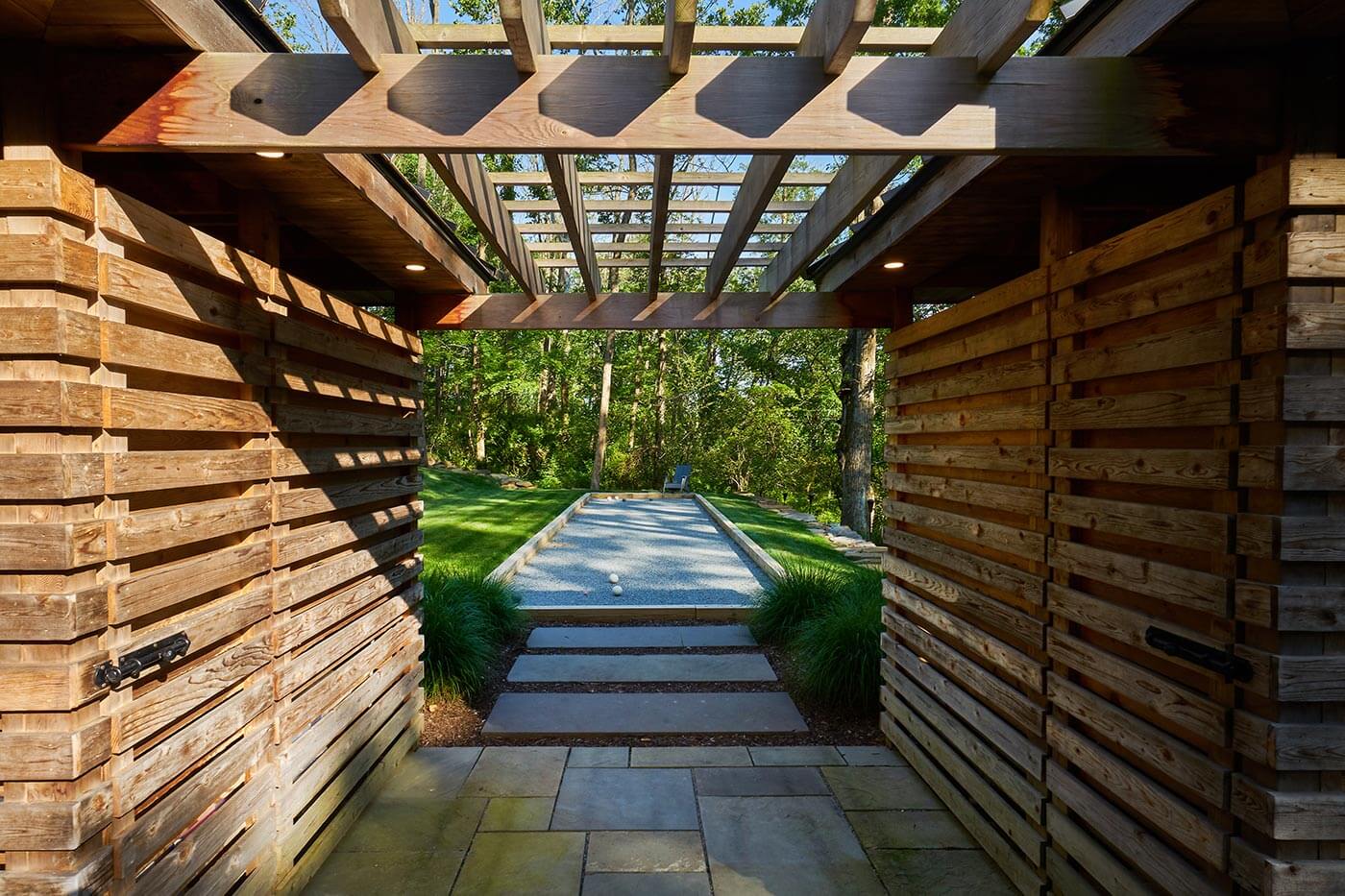 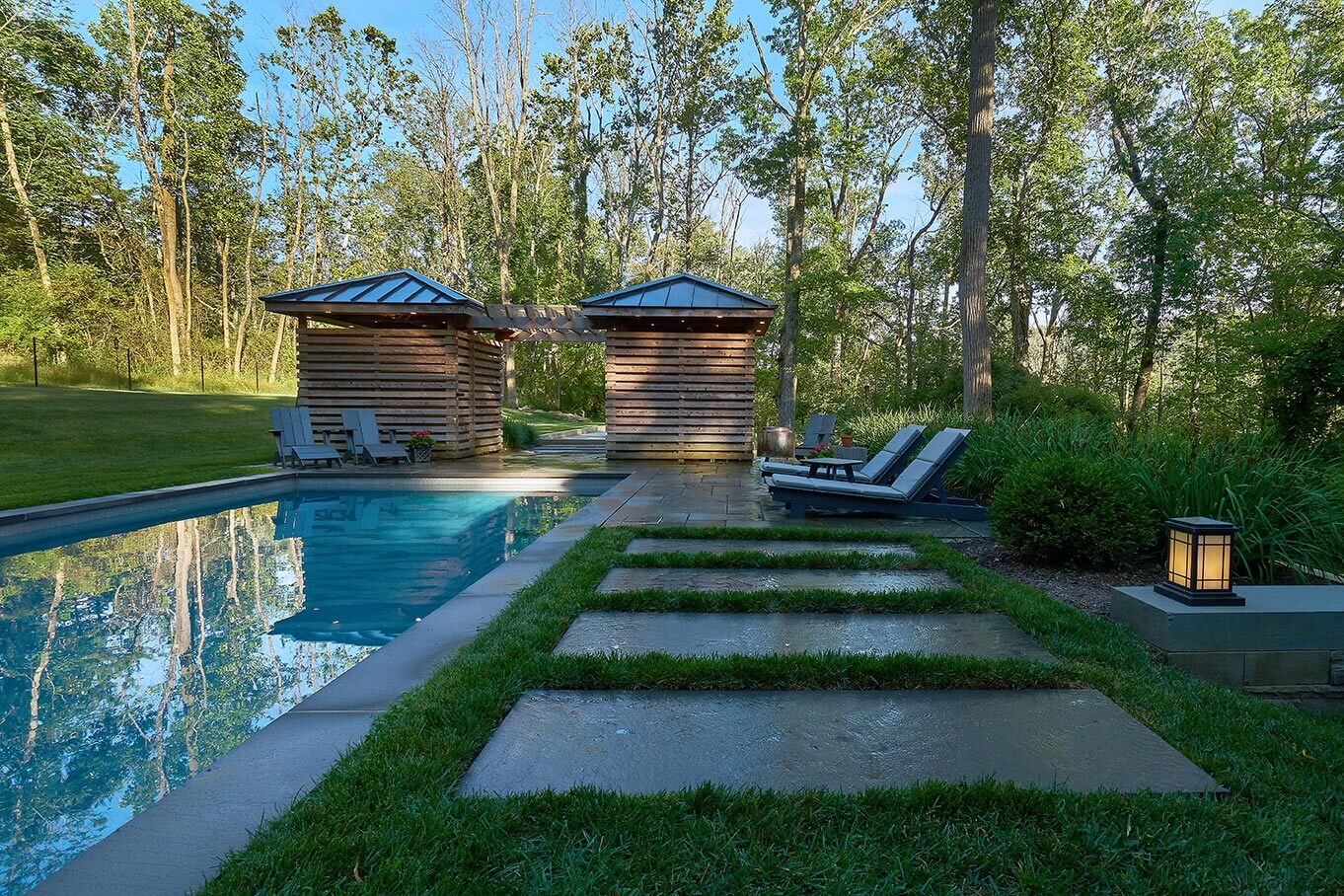 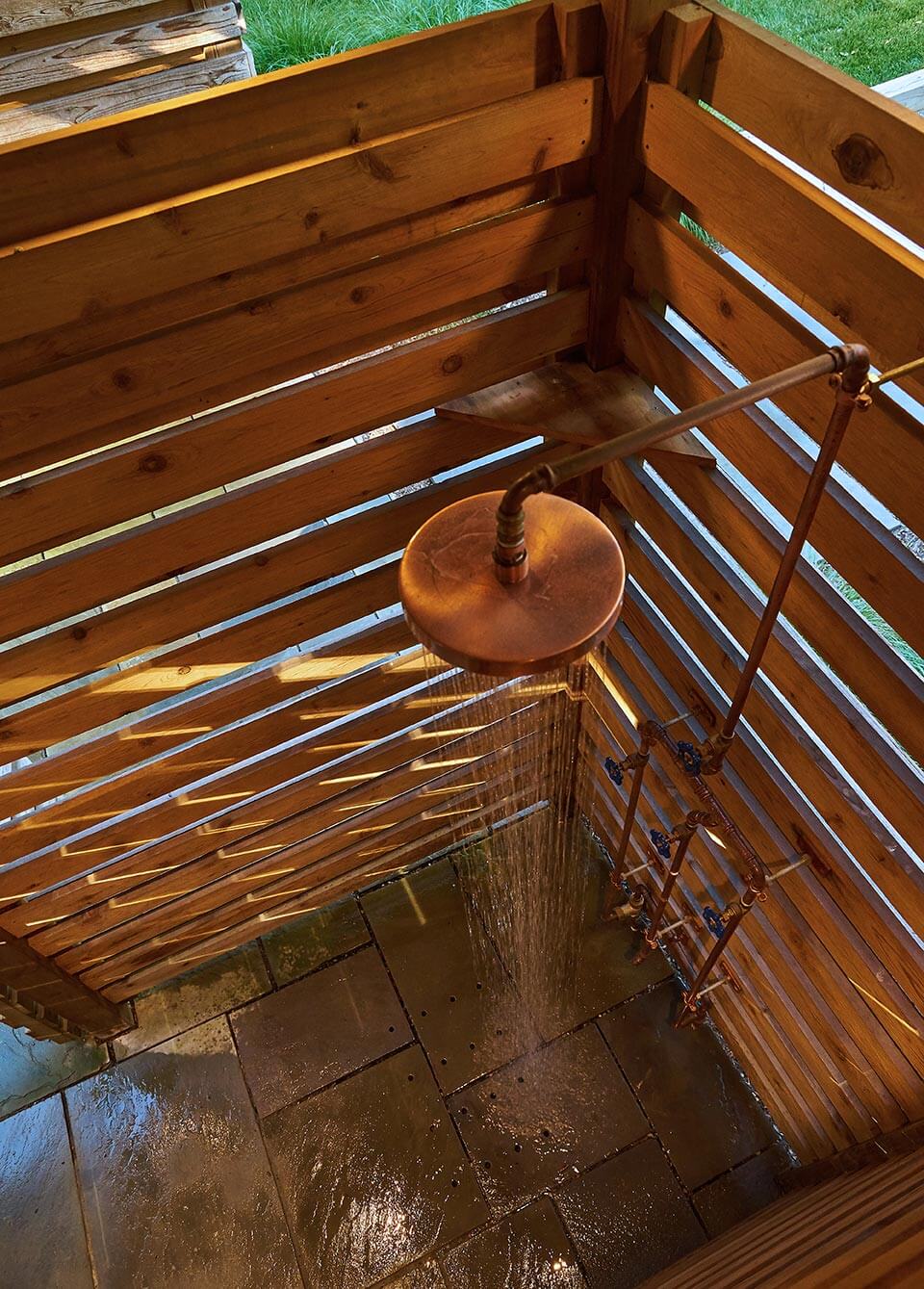 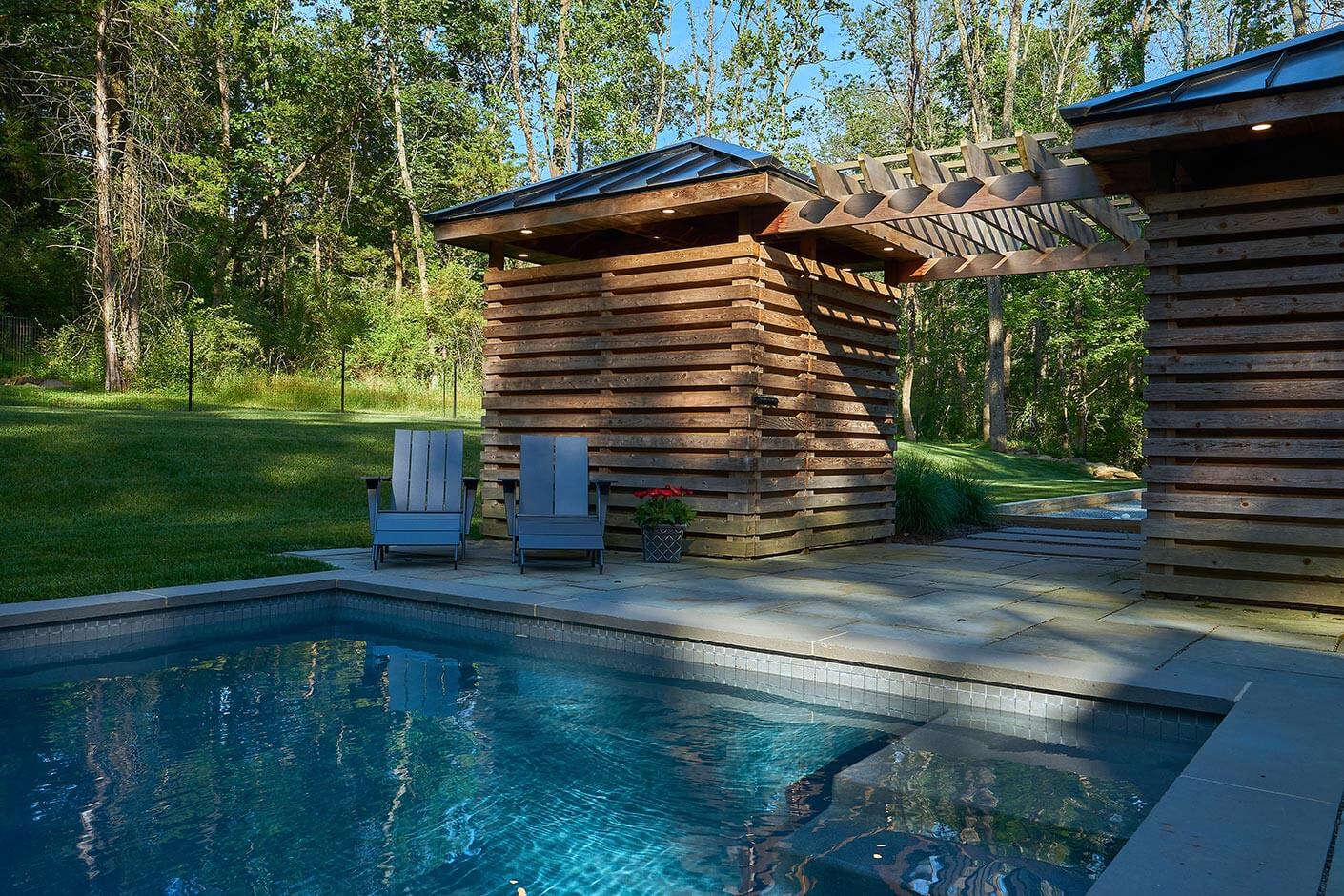 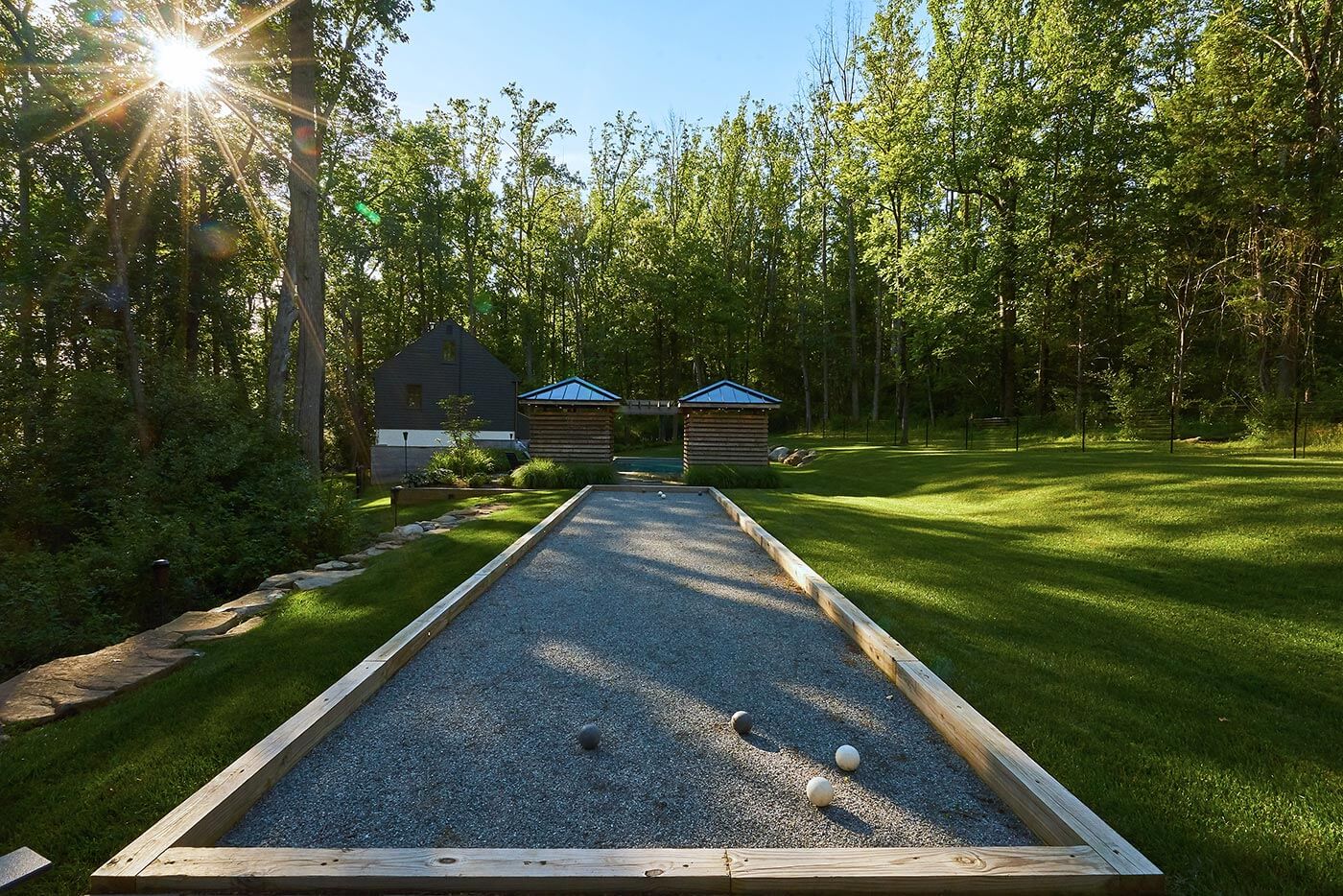 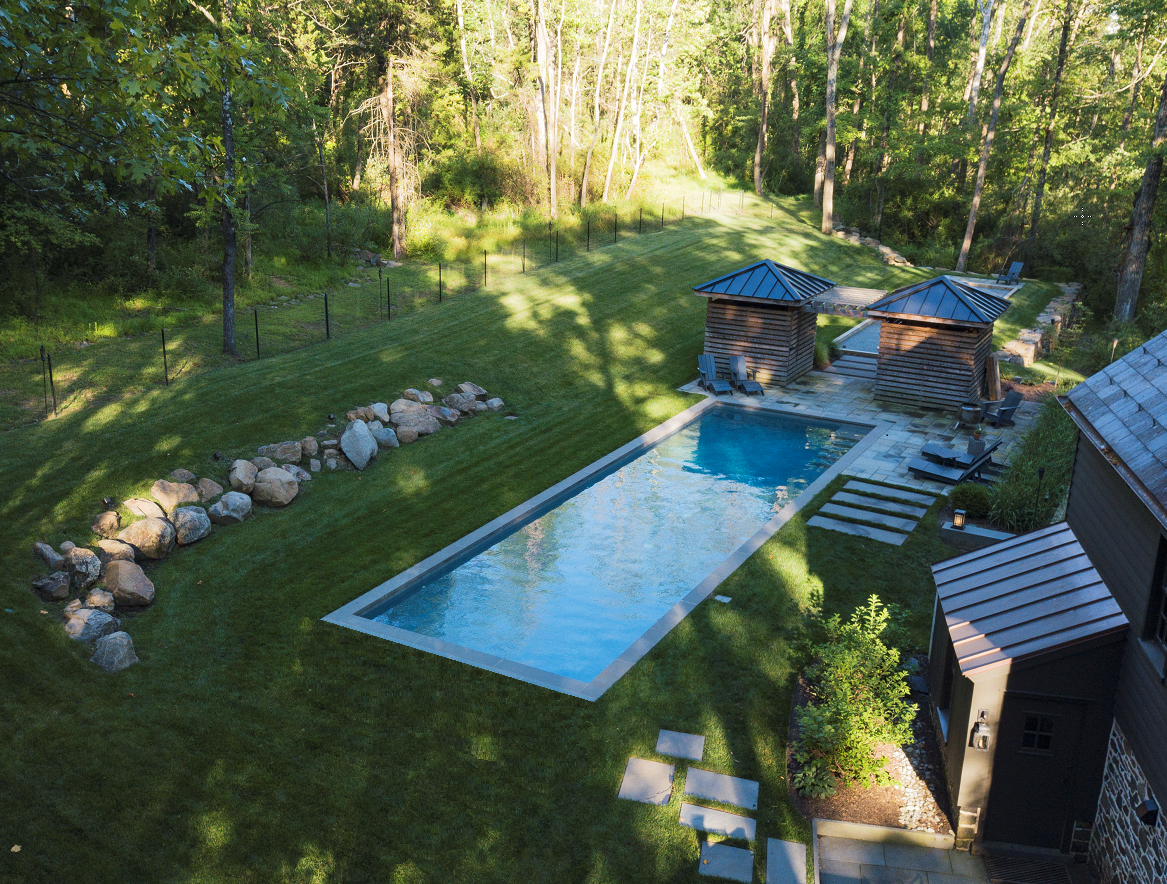 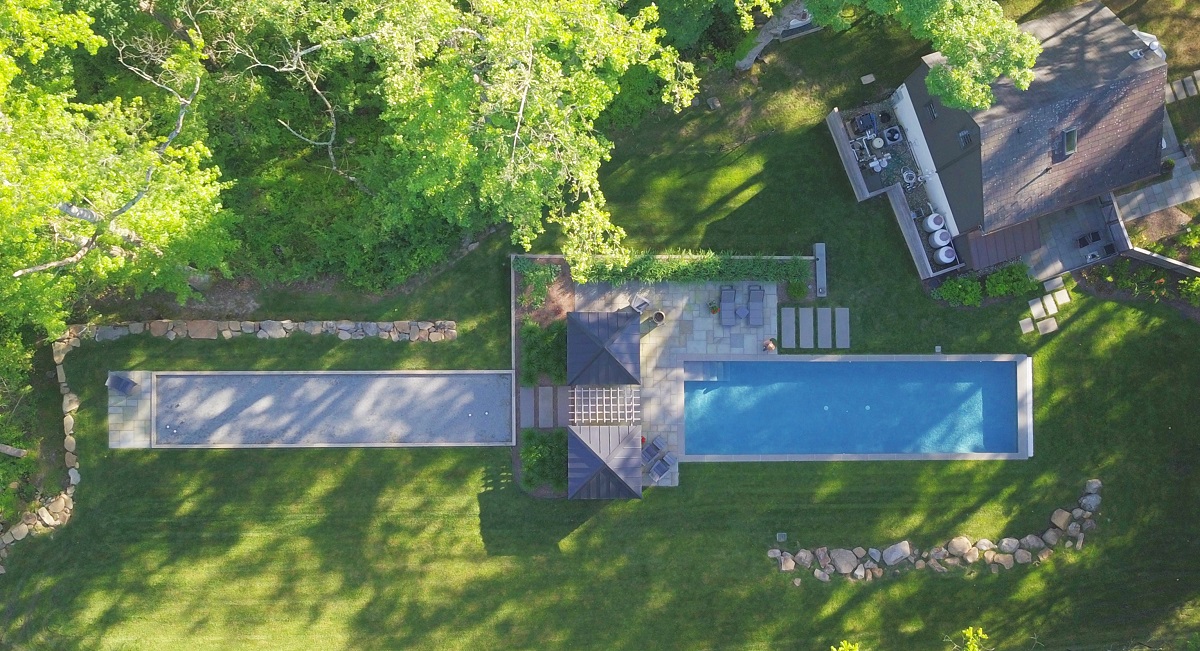 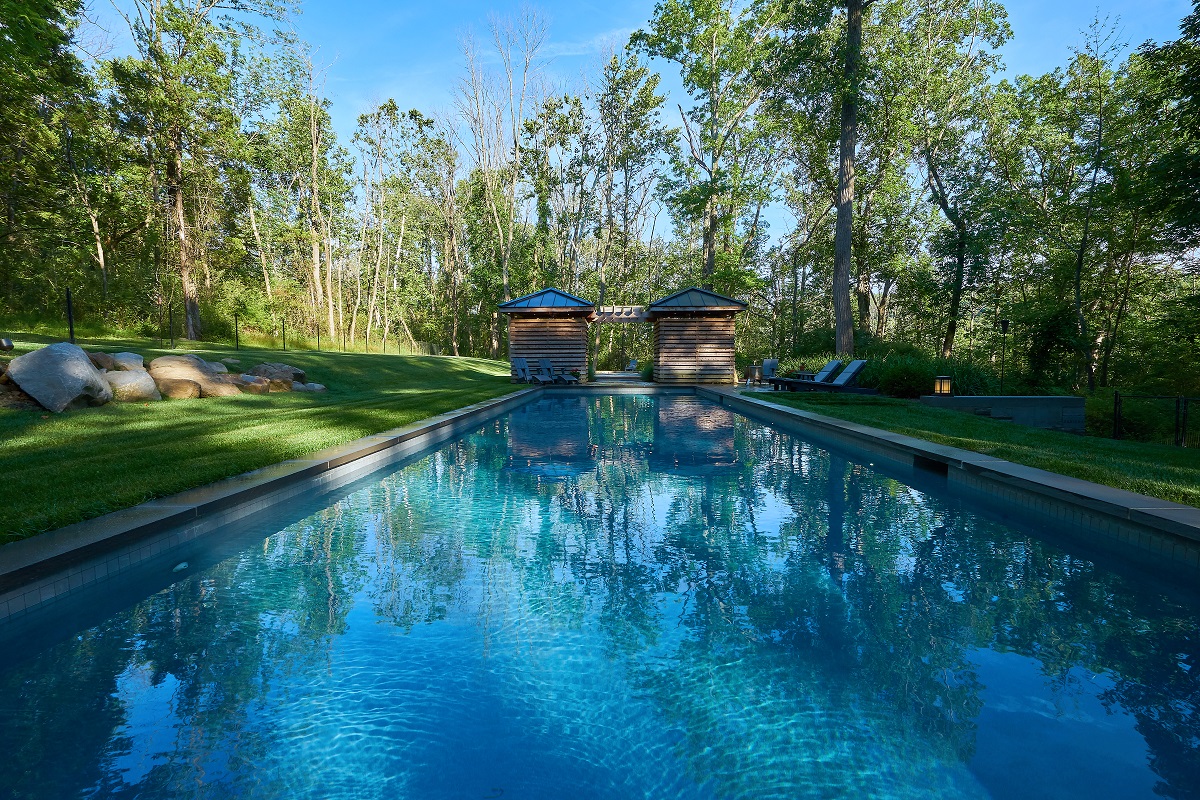 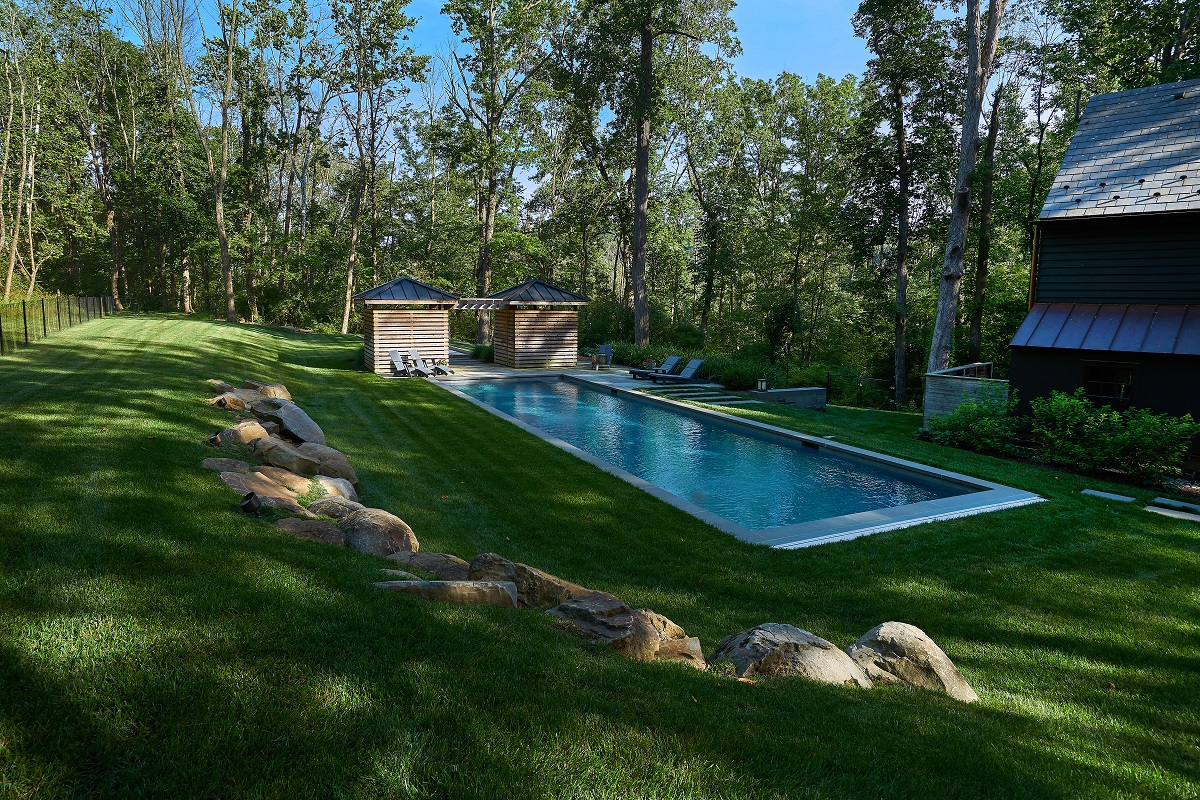 It’s difficult to think of 2 more challenging landscape design elements to fit into a steeply sloped site than a lap pool & bocce court. Both elements are quite long, (the lap pool measuring 50’ and bocce 70’ in length), and both need to be nearly perfectly flat from end to end. The original outdoor shower they had in mind would ultimately be upgraded to an outdoor cabana, so that too would need to be located on a flat base as well.

While clearing a dense section of woods, one of the Cross River field crews uncovered a previously hidden, steeply pitched erosion ditch which we later learned carries copious amounts of rainwater runoff during heavy rain events. Successfully re-directing the runoff around the new elements would be key to the success of the project. 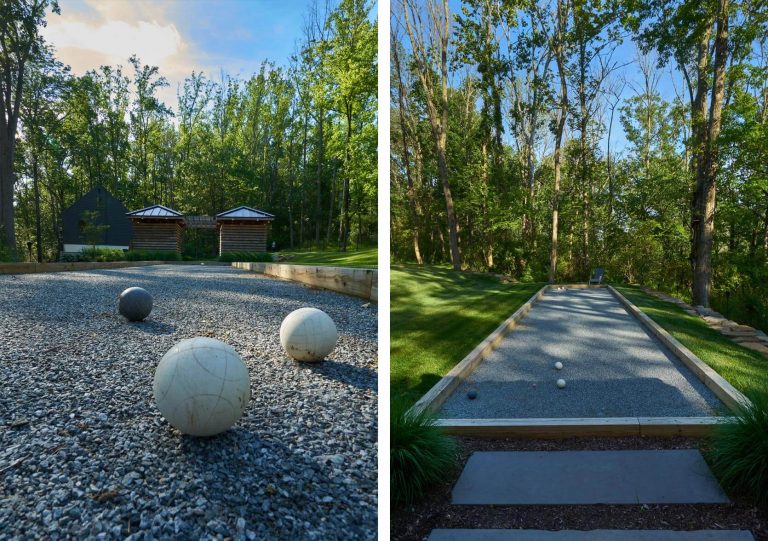 A 3-4’ height stone wall (built with stone we found while excavating for the pool) was used to support the 75’ bocce court located opposite the pool, on the other side of the cabana. Aside from the one retaining wall, we managed to fit the 50’ long x 10’ wide lap pool, bluestone patio and cabana neatly into the rear yard without drastically disturbing the existing topography.

The cabana is split into 2 separate spaces which are joined together by an overhead pergola. One section contains a shower, sink and toilet, while the other section acts as a changing room.

Lights were incorporated along one edge along the length of the pool, and lights are located along the same edge in the bocce court. Looking under the pergola and seeing both elements illuminated together at night is nothing short of spectacular. Additional up-lighting was incorporated into the surrounding tree canopies.

What can Cross River do for you?

Best Room in the House