Is Soil the new Prozac?

BlogTips & IdeasOutdoor LivingIs Soil the new Prozac?
If your doctor advises you to get dirty instead of taking a pill to perk up your mood, don’t look at her strangely. Pride yourself on having a physician who is on the cutting edge.

Imagine: You’re feeling so depressed that you visit your doctor and request a prescription for a mood elevator. Instead of writing you a prescription for Prozac or a similar antidepressant, she advises you to get dirty. While you consider changing doctors, she describes how getting dirty changes your brain chemistry. The microbes in dirt, she says, tweak the same neurons that are stimulated by Prozac. Your options, she explains, are an expensive drug plus its possible side effects, or gardening, yard work, or a romp in the park. Your doctor, it turns out, hasn’t gone round the bend. She is actually up-to-date on the latest scientific findings about how the natural environment affects our brain function.

The dirt-and-Prozac connection surfaced a couple of years ago from Dr. Chris Lowry and his colleagues at the University of Bristol and University College London. They exposed lung cancer patients to a common, inoffensive microbe called Mycobacterium vaccae, found in soil. The patients unexpectedly reported increases in their quality of life, including a brighter mood. The researchers wondered if this effect was caused by stimulation of neurons in the patients’ brains that produce serotonin, a feel-good chemical. 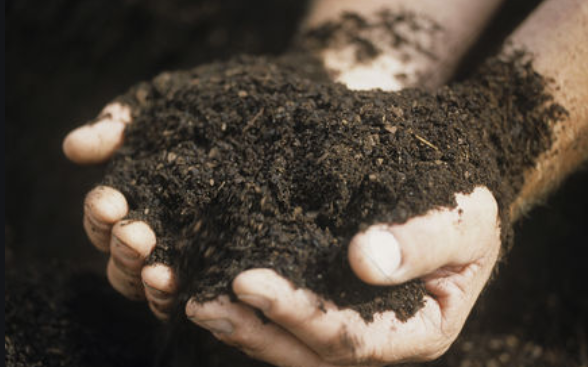 Taking the next step, they broke up M. vaccae into fragments with sound waves and injected them into the windpipes of anesthetized mice. When compared to controls, the mice exposed to M. vaccae had more activity in serotonin-producing neurons and higher levels of serotonin in several areas of the brain. “[The bacteria] had the exact same effect as antidepressant drugs,” Dr. Lowry said. The scientists said that one might derive dirt’s benefit directly by rooting around in a vegetable garden, or by eating lettuce or carrots picked from that garden. Popular media ran with the findings. “Is Dirt the New Prozac?” asked Discover magazine.

The dirt-and-Prozac connection fits with a recent idea in medicine called the “hygiene hypothesis.” According to this concept, exposure early in life to the bacteria, fungi, and viruses found in common, everyday dirt is necessary to stimulate our immune system. When children are exposed to the stew of microbes in dirt, their immune systems become stronger. The immune system also learns to ignore substances like pollen or the dandruff of pets, which can trigger asthma and allergies. Researchers have shown, for example, that kids who grow up in dirty environments such as farms have a lower incidence of infections, asthma, allergies, and eczema later in life, compared to kids raised in urban environments in which parents try to keep them squeaky clean.